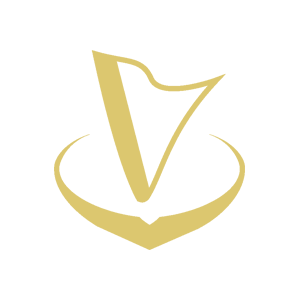 豐富！我們正在增加和豐盛的季節裡
“Abundance! We’re in a Season of Increase and Plenty”
Darren Canning
2017年1月27日
中譯：Voice of Yeshua

“Abundance! We’re in a Season of Increase and Plenty”
by Darren Canning, Ontario, Canada
January 27, 2017

Over the years I have seen the glory train many times, but recently I saw it again. I had dream in early December that there were new tracks in my city, and there was a new train running through it. It was a train that was characteristic of my city but it was new. The fare was quite cheap, but there were some who were not able to pay. I asked the conductor where the train was headed, and he told me down to Riverside. So I am expecting to see God move in incredible ways again this year. Something new is going to begin and it is going to be remembered. What will occur will become foundational for the next twenty years.

My city of Ottawa is building a New Light Rail Train System which is to be completed this year in celebration of Canada’s 150th anniversary. Stage 2 of the project begins in 2018. I just learned recently (about month after I had this dream) that one of the planned lines will end in Riverside (an Ottawa neighborhood). God is speaking, but who is listening? Get ready for a new level of glory to come to the Church!

Financial Blessings – Get Ready for God to Bless You!

This year, God is going to download strategies into His people that will increase them financially. Pay attention to your gut instincts, or your sixth sense. The Lord is going to speak by the Holy Spirit and words of knowledge. Those people who are listening are going to hear things that if they will follow through on, will prosper them in incredible ways.

I see people even getting wealthy through the Stock Market this year. When this revelation came to me, I got very excited because God is about to bring the money of the nations into the hands of Christians. Christians will be known as wise and understanding when it comes to the ways of money.

I feel that there are some who are about to experience deliverance from spirits that are holding them back from financial blessing. I saw an amazing house in my dream. The first time I saw it, there was a man living there all alone. I noticed a picture of him on the wall, where there was an aggressive figure hovering over him. This was a generational spirit that oppressed him and kept blessing from flowing into him.

Then I saw the house again, but this time it was filled with great blessing and the aggressive spirit was gone, and so was the picture! Your deliverance time is here! Get ready for God to bless you in new ways! Get ready for increase. Get ready for your house to be filled with new glory because the enemy can no longer hold you.

Yet, in order to enter into the things that God has for you in this next season, God will begin to do heart surgery on your life. Some of us are going to feel very heavy in the initial phases of this new change, like a patient receiving anesthetic. You may even feel like a heaviness is coming over you because of the changes that are taking place in your life.

Let God do His work in you and watch the changes that will start coming by June and July. Some of you will be living in situations next autumn that you never imagined you would be living in. Great favor and prosperity will be coming to you. But you will have to access this by faith. Some of the things that God wants to give you are so great, that this will result in you having to be completely changed in your mindset in order to step into it.

God is about to move in the market place by miracles, signs and wonders. I saw this in a dream where miracles were taking place in coffee shops. Gold dust was appearing in abundance on people’s hands. As they saw these signs and wonders, it actually opened up the people to receive prayer in Jesus’ name. We also began to see people healed of all kinds of sicknesses and diseases! I declare that this is the season of many coming to Christ supernaturally.

God is releasing this month new mantles. I had a DREAM where I was in a shoe store in Heaven and I saw dozens of pairs of glorious heaven-made shoes. There were shoes there that were absolutely stunning and available for those who are willing to pay the price. You will receive God’s power within you to achieve God’s destiny for your life. As you seek Him in this season I believe that God is about to release new thought patterns to you to enter into greater fulfillment and destiny. He wants to bless you and use you for His glory.

My prayer for you today is that everything that God has in store for your life will come to pass. I pray that every obstacle, every attack of the enemy will cease, so that you will soar like the eagle. I see God destroying the effect that time has had on your life. Things in this season are going to accelerate. You will accomplish things very quickly. What would have been normal over four years you will now accomplish in one. You are going to get a return on the time that was stolen from you by the enemy.